Meet our staff at Prosthetic Center of Excellence! 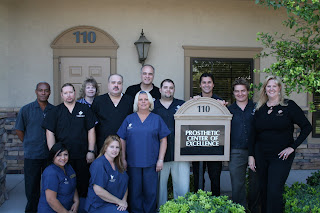 We here at Prosthetic Center of Excellence work as a team to provide the most comprehensive patient service in the O&P Industry locally and abroad! It's important that you know, who the people are behind the scenes, as well as the individuals you see on the front lines of our practice.

We care for people and we would all like to THANK all our patients and referring clientele for your trust and confidence in our practice, We really appreciate your business!
Posted by Bernabe at 10:27 AM No comments: 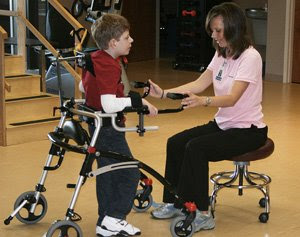 On a recent Wednesday morning at Simple Strokes Therapy in Southaven, 8-year-old Matthew Gary worked with an occupational therapist. Matthew, who has an undiagnosed developmental disorder, is learning to walk and communicate better.

He wears a blue and black glove-like device on his left arm that he uses to drum a beat along with a steady rhythm coming from a nearby computer. It’s not child’s play, though.

Matthew recently was referred to the center where he already has seen progress,which thrills his dad.

Melissa Slade, an occupational therapist with Simple Strokes Therapy, said since Matthew began the therapy sessions, she’s seen a marked improvement in his walking. Another patient, a little girl, now sleeps through the night, she added.

“Every child receives different benefits from this,” Slade said, describing the benefits of the new therapy program.

Simple Strokes Therapy recently began offering the Interactive Metronome, a brain-based rehabilitation assessment and training program. It was developed in the early 1990s to improve the processing abilities that affect attention, motor planning and sequencing.

In recent years, therapy centers like Simple Strokes Therapy have found that the program works well on children who have been diagnosed with attention deficit hyperactivity disorder (ADHD) as well as other developmental disabilities.

Steady growth
The metronome is just one of the tools therapists at the Southaven facility use to help children from newborn to age 21 reach their optimal abilities. They also offer aquatics therapy, speech therapy, physical therapy and Simply Growing, a mother’s day out program for children ages 18 months to 5 years.

The new programs are a sign of the growth Simple Strokes Therapy has seen since the husband-wife ownership team of Trey and Robin Smith opened the center five years ago, said Trey Smith.

When the couple first started the business, they mostly were doing home-based therapy. Back then, Robin Smith, who recently earned her doctorate in physical therapy, was working with children through Baptist Memorial Hospital-DeSoto’s early intervention program.

“They came to Robin and said there’s an opportunity that we would like for you to pursue,” Trey Smith said.

That opportunity was to go into the DeSoto County Schools and provide therapy.

Over time, word got out about the services she was offering, and soon other school systems – Tate County, Marshall County and Holly Springs – were calling.

“The outcomes were good, so by word of mouth she started getting more calls from other school districts,” Trey Smith said. “So it really started out with school-based therapy.”

As the patient base started to grow, the couple began to bring in other therapists to help with the workload.

“In 2003, we were approached by the Mississippi First Steps Early Intervention program to do home-based therapy for children ages 0 to 3,” Smith said. “And that is when we moved into our little facility on Goodman Road in order to have more of an office space just because we were seeing growth and we had actually increased our numbers.”

Teamwork
As they continued to experience more growth within their patient base and in anticipation of even more, the Smiths began building the current facility off Airways Place in 2005 and moved into it last year.

“We’ve grown tremendously in the last three years,” Smith said. “And the outcomes remain positive with all the children.”

Smith’s background is in financial planning and business administration, so he handles the business end of the operation, while his wife enjoys working with the children.

Together, they share joy at seeing the progress children who visit the center make.

Over the past year, more patients are being referred to Simple Strokes from outlying areas, including Memphis, and it’s a trend the owners think will continue. As they do, they said they will continue to add services as needed to suit the needs of the children.

“That’s why we do it,” Robin Smith said. “For the children. It’s all about the children.”
Posted by Bernabe at 10:21 AM No comments:

What if you were born with no arms and legs? 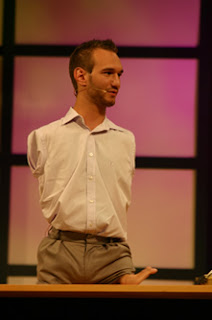 Join Central Christian Church on September 20 & 21 in las vegas, with special guest Nick Vujicic (pronounce Vooey-cheech) – a man whose faith helped him to overcome the most difficult obstacles. Hear his story of how God took him from a life without limbs, to a life without limits.

This is truly an uplifting story of overcoming challenges in life with the help of GOD! Should anyone of you be in Las Vegas come out and hear Nick's amazing story of transformation and his journey to making a difference in the world.

Here is a link to hear more about Nick and this up and coming event. Enjoy and be uplifted with an open heart!!!

Nick Vujicic Website
Posted by Bernabe at 9:48 AM No comments: 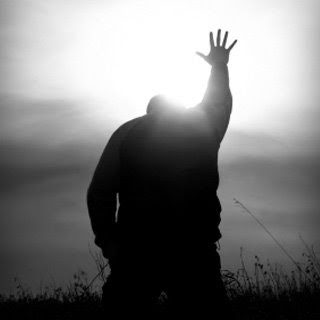