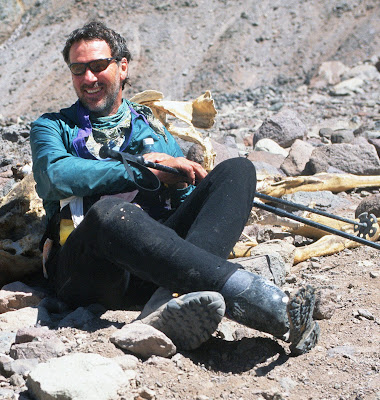 The son of a Welsh army officer, Tom Whittaker worked as a rig diver in the North Atlantic and as a night club bouncer in Gibraltar. In 1976 he arrived in the U.S. having worked passage delivering a 65 foot yacht across the Atlantic.

Pursuing his vision of becoming a world class mountaineer, he quickly established himself, taking on climbs like a winter ascent of the North Face of the Matterhorn, Mt. McKinley, and the nose of El Capitan in Yosemite Valley.

Then on Thanksgiving Day of 1979, Tom Whittaker’s life as he knew it came to an end.

Shortly after completing a Master of Arts degree at Idaho State University in Pocatello, an out of control vehicle swerved into his lane striking his VW bus head on. 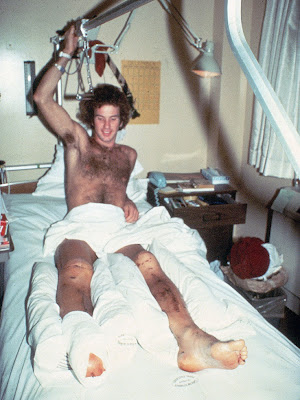 With two shattered legs and one severed foot, Whittaker refused pain medication in order to talk with the surgeon. His tenacity paid off. The original prognosis to amputate both legs was delayed.

Instead he emerged from surgery with two severely damaged knees - including the removal of his right kneecap - and the amputation of his right foot.

Having led a life of extreme adventure and outdoor pursuits, including a stint as an Outward Bound instructor, Tom was now faced with the seemingly impossible task of reinventing himself. 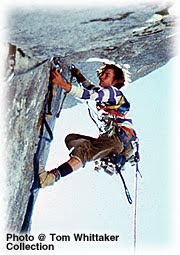 Tom painfully and slowly put his life back together. He earned another Masters degree and founded the Cooperative Wilderness Handicapped Outdoor Group (C.W. HOG). By harnessing the power of civic responsibility and volunteerism, he put the devastating lessons he learned to work for others. In the process Tom found a home and in 1986 became an American citizen.


Married with two young daughters, Whittaker spends his time between Granville Associates, his motivational speaking and corporate training business, and his WIND HORSE LEGACY, a charitable trust benefitting disabled people worldwide.
Posted by Bernabe at 10:01 AM