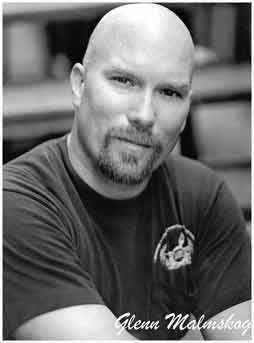 When a California Fire Department hired Glenn Malmskog little did they realize they would be making history. According to State Fire Marshal records, Mr. Malmskog is the first amputee full duty City Firefighter in the history of California. A member of the International Association of Bomb Technicians and Investigators as well as the Screen Actors Guild, Mr. Malmskog strongly believes in civic duty and personal responsibility. He first gained experience in Texas as a Firefighter/Paramedic in the early 80s. He continued working in public service as a Deputy Sheriff /Paramedic until 1990 when he started his stunt career. Working exclusively in film and television for 8 years, he became SAG eligible in 1996 and joined the Guild in 1999. Just prior to joining SAG Mr. Malmskog injured his knee while working on a film in West Texas, and although after surgery he recovered fully from his initial injury, a painful degenerative bone disease related to the 18 months of relative immobility had infected his ankle resulting in his leg being amputated in March of 2000. Mr. Malmskog is looking forward to continuing his career as a Professional Stuntman while he attends California Fire and EMT school. He hopes he will serve as an inspiration to other disabled persons around the world to reach out and achieve their dreams.

BY RICHARD BROOKS
THE PRESS-ENTERPRISE

"I could have said my career's over . . . and cried myself to sleep every night," said the 40-year-old divorced father of three. "Instead, I chose to fight. And I hope my struggle and my fight can serve as an inspiration to other lower-limb amputees."

Malmskog began training this month with 17-member Arrowbear Lake Fire Department, just east of Running Springs. Spokesmen for the state Fire Marshal's Office and California Professional Fire Fighters said there are few, if any, other amputee firefighters in the state.

"I think he's going to be an asset to our department," said Chief Seth Burt. "He teaches karate, he's a stuntman and he worked for law enforcement and fire previously. He seems to be able to follow direction very well. And because he has prior experience, he's already ahead of the game."

From lawman to stuntman

In the early 1980s, Malmskog was a volunteer firefighter in the Fort Worth-area community of Colleyville, Texas. During the late '80s, he became a deputy sheriff in the same region, assigned to jail duties.

"My ex didn't like me being with the sheriff's department," he said. "I was real intense. I tried to save the marriage and left the department."

He gravitated to stunt work, starting with amateur Wild West gunfight troupes and graduating to television work, including "Walker, Texas Ranger." Today, his credits include a variety of TV shows and eight films, including "Buffy the Vampire Slayer."

His leg problems began in December 1996 while he and another stuntman were running together in a scene for a Chinese kung-fu Western.

"He (accidentally) clipped me and swept my leg out from under me," Malmskog said. "I came down on my knees and just exploded my right knee."

Despite knee surgery, Malmskog never fully recovered. Then he fell down a flight of stairs in 1999 outside his apartment in Texas. Again he had surgery, but more problems developed.

"The bone began to degrade," he said.

His doctor gave him a choice: Fuse the ankle and live with the pain, or lose the leg. Fearful that amputation would ruin his career, Malmskog sought the advice of a stuntman who had lost a leg.

"He told me not to be afraid of it," Malmskog said. "They had really high-tech legs that would be able to return most of my function. And by losing a leg, I wouldn't completely lose my opportunity to work as a stuntman.

"In other words, (stunt) coordinators weren't going to be afraid to hire me just because I was an amputee."

Doctors sawed off his leg below the knee in March 2000. Last August, he received his first artificial leg. And last November, he began working on the soon-to-be-released film "Omega Code 2."

Asked if he could run in that film, Malmskog immediately said, "Sure."

"I had no clue whether I would be able to run," he said. "But I wasn't about to make the (stunt) coordinator look bad and say, `No, I'm disabled.' "

He has been working intermittently ever since. Among his stunts: high falls, crashing a motorcycle into a forklift and being set ablaze.

In April, Malmskog moved to the San Bernardino Mountains and applied to be a firefighter. Most full-time departments would have rejected him, Malmskog said.

"While anything can happen . . . the current physical aptitude requirements for paid firefighters are challenging for any person, and it would be an extraordinarily difficult challenge to overcome for anybody who is missing an extremity," said Carroll Willis of the California Professional Fire Fighters. "Obviously, volunteers are not subject to the same . . . standards."

The Arrowbear department's doctor certified that Malmskog is physically capable of meeting the job description for firefighters. Chief Burt decided to give him a chance.

Malmskog said he's thankful to Burt for the chance to prove himself. And he has a blunt comeback for skeptics.

"Try to keep up with me. I'm out here hiking and running these mountain roads, almost on a daily basis," he said. "I don't ask anybody to make concessions for me being an amputee. I do everything required of me or any other firefighter."

And if he can do it, he wants other amputees to know they can regain their lives, too.

"If you're 65 and have lost your leg to diabetes, don't curl up and say my life is over," Malmskog said. "Play golf. Play with the grandkids."

It's a message that he believes is just as important for non-disabled people.

"Day to day, we hold on to the illusion we're going to have perfect health," said Malmskog. "Anyone, at any time, can become disabled, whether it's the 14-year-old boy who is diagnosed with bone cancer, or the 40-year-old businessman or woman who is crossing Wilshire and gets hit by a car. The human body is very fragile."