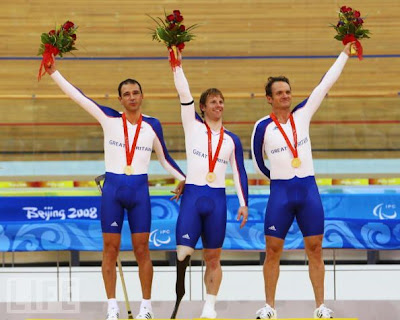 Vancouver - Olympic organizers who categorize athletes by gender and sometimes weight have it easy compared to their Paralympic counterparts.

At the Paralympics, medal competitors are grouped using a complex classification system that even the International Paralympic Committee's medical director admits is "a work in progress.''

Paralympic athletes are divided into six impairment groups to ensure - like Olympic competition - winning is determined by skill, fitness and mental focus.

The impairment groups are classified as amputation, cerebral palsy, visual impairment, spinal injury, intellectual disability, and "les autres,'' or "the others.''

"Classification takes the ability of an athlete, considering his impairment and the limitations that go with the impairment, as the basis of grouping athletes into classes, into groups that have a certain degree of homogeneity,'' said Dr. Peter Van de Vliet, IPC medical and scientific director.

"That allows (athletes) to at least start on an equal basis so that the one athlete that excels in athletic performance is the gold medal winner.'' 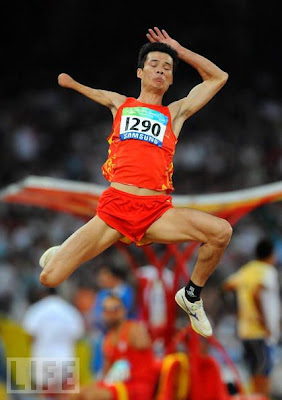 Amputee athletes have at least one major joint or part of an extremity missing and are classified on whether the impairment is an upper or lower limb. The location of the amputation - whether it's above or below the knee, for example - is also a factor.

Athletes who have cerebral palsy are organized based on the severity of their condition and the muscle groups it involves.

Those with spinal injuries are classified depending on where in the spine the injury occurred. Athletes with spina bifida, a birth defect in the spine, are included in the group.

"Les autres'' refers to athletes who have impairments that don't fit into the aforementioned categories.

It's up to teams of classifiers to assess each athlete's functional ability. That athlete can be tested numerous times throughout their career if their condition improves or worsens.

For the sitting class, athletes can have paraplegia or double leg amputation, while those hoping to compete in the visually-impaired events can have either no functional vision, three to five per cent vision, or no more than 10 per cent vision.

A mathematical formula is used to balance out the playing field in these events. An athlete's finish time is calculated with a formula that factors in the severity of the impairment.

As a result, the fastest time might not necessarily win the gold medal.

"I consider classification as a work in progress,'' Van de Vliet said.

The key, he said, is setting such guidelines well in advance of the Games so athletes aren't struck with last-minute surprises and can focus on their performance.

While some sports are only open to those with the same impairment, other sports, such as sledge hockey, allow athletes from different disability groups to compete together. 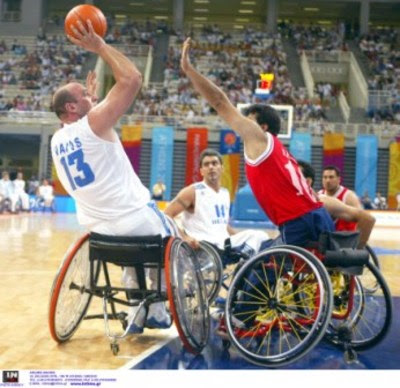 In some Summer Paralympics team sports, such as wheelchair basketball, athletes are given a score of one, two or three and the team is required to have a certain point requirement on the floor at all times.

That is not the case for Winter Paralympics team sports like sledge hockey and wheelchair curling.

Terrie Moore, co-chair of the Canadian Paralympic Committee's classification task force, said while the process remains complex, it's also as good as it's ever been.

"I think that classification is the cornerstone to Paralympic sport,'' she said. "It's what allows athletes with a variety of different impairments to participate in sports that they love and to excel.''

Moore said athletes who have neurological impairments can be among the most difficult to assess, while amputees tend to be the easiest.

She said the IPC has made tremendous strides in sport science, allowing far more athletes to live their Paralympic dreams than ever before.

"It was very simplistic before and actually excluded a lot of people with a variety of impairments.''
Posted by Bernabe at 10:01 AM