'Crying ain't gonna grow anything back': Extraordinary bravery of Marine who lost three limbs in blast... and then walked down the aisle

'I'm chronically happy,' he said. 'It's kinda hard to get me off the happy horse.'

Mr Southern's optimism continues in spite of the massive injuries he received while serving as a lance corporal Marine in Afghanistan. 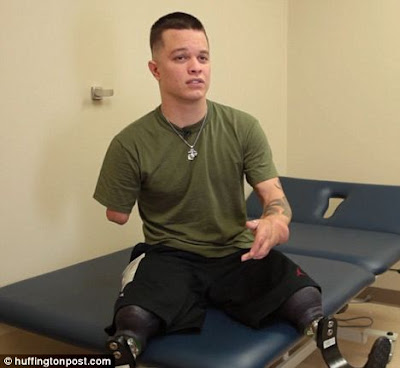 'I didn't feel that me crying about it would help the situation at all and I know it won't. Crying ain't gonna grow anything back,' he said in an interview with The Huffington Post. 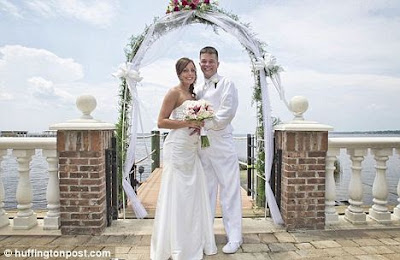 In July, he married Ashley Statti, a friend from high school and the wedding was filmed by a local Jacksonville, Florida television station. 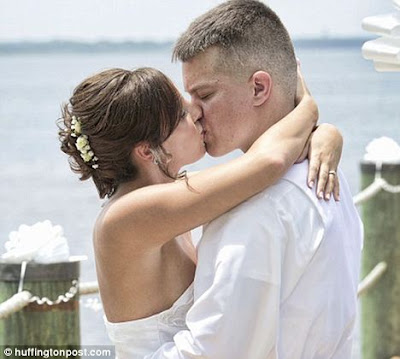 Mr Southern's injuries are not putting a stop to his military career either.

He plans to work in the public affairs office of the Marines, and will not be quitting any time soon.

'I plan on doing 16 more years,' Mr Southern said in an interview with The Huffington Post.

For the next 18 months, however, much of his time will be spent at Walter Reed for his physical therapy. With the prosthetic legs and arm that doctors have given him, he needs to exercise his other muscles and build up strength in his torso.

'I've got the world at my prosthetic feet,' Mr Southern said.

click here to see rest of story and video
Posted by Bernabe at 9:26 AM