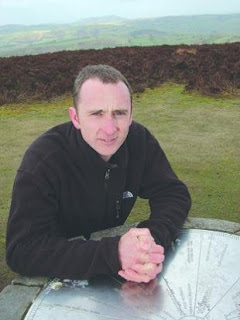 AN SAS amputee is hoping to climb Africa’s highest peak in aid of Britain’s wounded soldiers.

Stuart Trow wants to raise £10,000 for Help for Heroes by conquering Kilimanjaro in October.

The former soldier was Brit-ain’s first casualty in Afghan-istan and has worn a prosthetic limb since being shot in 2001.

But disability and the Taleban haven’t ruined his life – and he’s now ready to scale new heights to help his fellow injured soldiers.

His mission ended a few weeks later when his leg was struck by three bullets. He spent four weeks in hospital after his leg was amputated from the knee down, while his rehabilitation went on for months.

The married father-of-two struggled with depression and his new leg, but eventually beat the blues and set his sights on Africa. He hopes the walk will inspire other wounded soldiers and raise plenty of money for Help for Heroes.

“It took me a long time to get over the mental and physical side of things, but afterwards I felt really glad to be alive,” he said. “I see some soldiers coming back in a sad state, and this trip is to give something back to those guys.

“I’ve been through what they’re going through and came through the other side, and it’s really not the end.”

Mr Trow is training on the south Shropshire hills and plans to climb Snowdon and Ben Nevis ahead of his African adventure.

Climbing 6,000 metres in six days could prove a struggle with a prosthetic limb, but the former soldier knows that who dares, wins.

“I’m slowly increasing the training depending on how I am with my leg, but it’s not so much the climbing, it’s dealing with the amputation,” he said. “It will be a tough physical challenge but it’s the least I can do to help our armed forces.”

For more information or to sponsor Stuart, visit www.just giving.com/heroclimb
Posted by Bernabe at 10:26 AM